The Festes de Gràcia (from 15 to 21 August), will kick off a new edition in less than 20 hours, making this week one of the happiest in Barcelona.

The Festes de Gràcia, is one of the best festivals in Barcelona, awarded the national prize for culture of Catalonia, thanks to the Consell Nacional de la Cultura i les Arts (CoNCA), an organization derived from the Ministry of Culture of the Generalitat de Catalunya.

Although it is a well-known festival, few know the origin that goes back 200 years, let’s find out!

The Festa Major de Gràcia has been documented since 1817 when the book “Muralles Enllà” by the historian Francesc Curet appeared in the quotation in which he speaks of the first celebration that took place in Gràcia on 15 August 1817.  It states that on that day a festive procession was held with the aim of returning the image of the Mother of God from the Masia de Can Trilla, where it was hidden from possible destruction during the French War, to the convent of Jesus, from where it originated. When the image returned to its altar, the locals celebrated popular dances and snacks and it was decided to hold the feast every year on August 15.

The feast was more and more accepted by the population. The Gracienca society decided to enrich the program with dances throughout the week and decorating its streets for the procession of the 15th. These first decorations made of vegetable ornaments simulated the dance halls of the time. 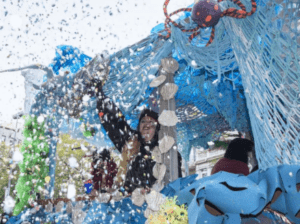 Anyone who wants to have the great experience of living the Festivals of grace, should know that these are organized by streets and that in each of them you will find its floral / decorative proposal, its scheduled activities, concerts, gastronomy and so on… and that, therefore, it is not the same to go to one or the other, nor is it the same to go on a Wednesday or a Friday…

One of the novelties of this edition is that you will be able to count on Casa Vicens, Gaudí’s first architectural work located in Vila de Gràcia, which opened its doors and, thanks to the strong social vocation of the managing entity, will join the Gracia week with the aim of continuing to spread knowledge about the work of Antoni Gaudí, but also to support a great centenary party and strongly linked to the involvement and strength of neighborhood associations; the Fiestas de Gracia.

If you don’t want to miss anything, from Unihabit university residences we recommend that you buy the official programme of the Fiesta Mayor de Gracia, published by the Fundació Festa Major de Gracia, which includes all the programme of activities and events that will take place this year. This magazine contains the complete programme of the streets and decorated squares, as well as the spaces for parties, news, interviews and in-depth reports. 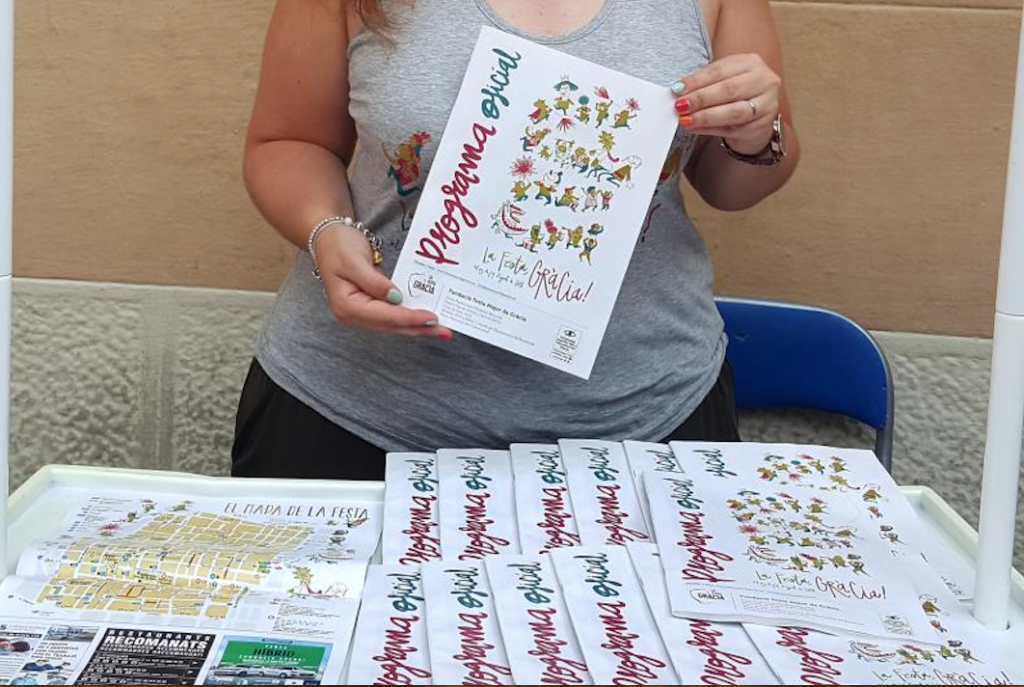 You can do it:

Purchasing this official program magazine and paying 1€ donation, you will be making a direct help to the streets and squares of the party for the development of its decoration and festive activities.

For more information about the Festes de Gràcia:

The festivities of Gràcia are a great cultural, social and leisure moment that offers the opportunity to discover a centenary celebration where tradition, culture and beauty are mixed, a fact that has turned it into an internationally recognised party and a must for all those who want to have a good time!

Unnihabit Residencias Universitarias recommends that you take to the streets and enjoy the best Festes de Gràcia!