If you are thinking of starting university, or if you are going to study a master’s degree or postgrad in Barcelona and you need accommodation; we recommend you read this article and come fall in love with one of the prettiest areas on the planet: the Old Quarter of Barcelona. Here you can find our residence Unihabit Ciutat Vella. It is sure to be the ideal place to ensure a spectacular stay in Barcelona, while you are preparing your professional future.

The word Raval comes from the Arabic word “a-rabal” which means outskirts. This was originally applied to the area because it was outside the walls of old Barcelona.

The old Chinese neighbourhood has undergone a 30-year urban regeneration project that has expanded its cultural, gastronomic and leisure offerings. Nowadays it is the most multicultural neighbourhood in Barcelona and its streets hold a multitude of different cultures.

Moreover, the area houses various important projects such as MACBA (Museum of Contemporary Art of Barcelona), the CCCB (Contemporary Cultural Centre of Barcelona) or the Filmoteca de Catalunya, which have all driven the Raval to becoming a place full of life, personality and multiculturalism. 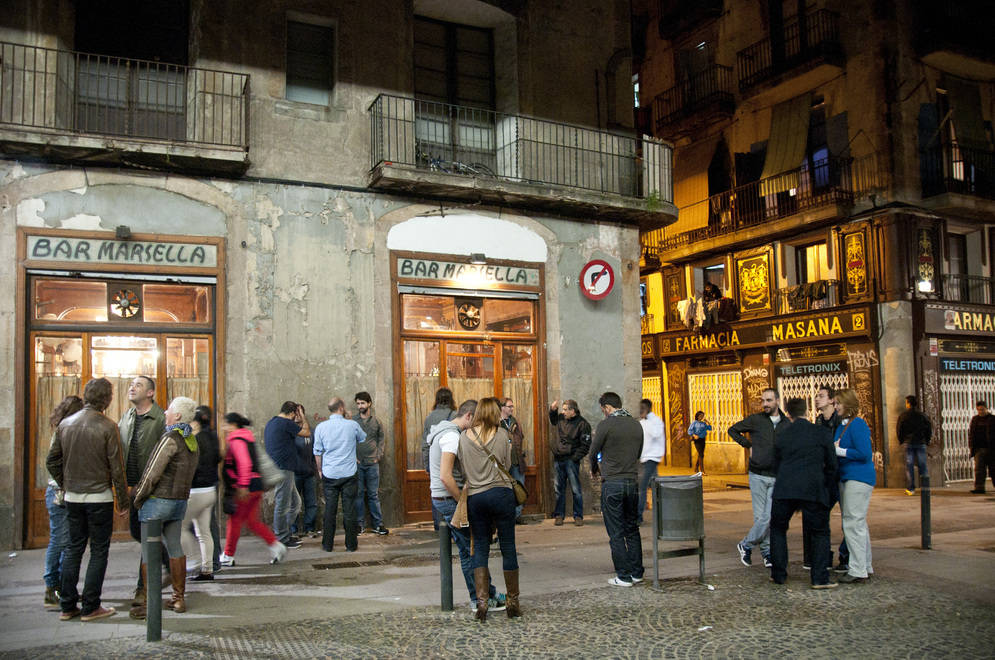 In this unique neighbourhood, we can find art studios, designer cafés, many small businesses, bookshops, vintage clothes shops, etc. All these serve to make it the most hipster place in Barcelona.

The Gothic neighbourhood is the historic centre of the city whose origins date back to Roman times. Its medieval heritage is still visibly abundant in its streets today. Some of its constructions include the palaces of the Government of Catalunya, the Town Hall of Barcelona, the Cathedral of Barcelona and the Gothic churches of Santa María del Pí. 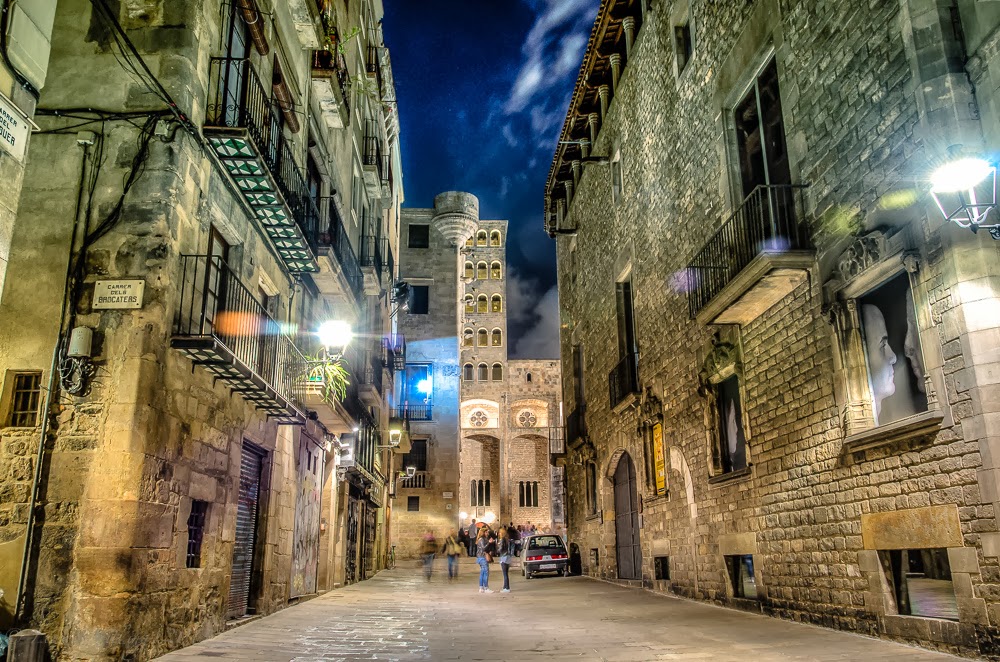 Its variety and historic charm have made this unique neighbourhood the ideal place for art and history lovers, as well as tourism seekers.

In addition, the neighbourhood has many alternative leisure offerings. Its streets and squares are full of shops, terraces and little markets. It also houses regular concerts and festivals, such as the Greek festival during summer.

During the middle Ages, the Gothic neighbourhood enlarged its walls to encompass three new areas.

Nowadays, you can find beautiful bourgeois houses from the 18th century, together with bars, restaurants and clothes shops.

Roaming around you can come across the Basílica Menor de Santa María del Mar, a 14th century Gothic church which inspired Ildelfonso Falcones’s best-selling novel “La Catedral del Mar”. You can also visit the Picasso Museum which houses more than 4000 works by the “Malagueño” painter.

If you are in the area and feel like eating something, we recommend you try the restaurant “El Mosquito” for a low budget, top-quality, authentic meal or “bueno, bonito, barato”, as is commonly said in Spain. 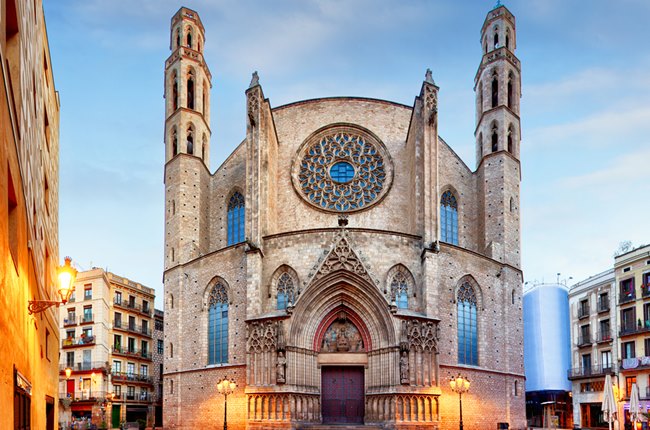 Another hidden treasure in the heart of this neighbourhood is the Born Cultural Centre, where you can glimpse archaeological remains uncovered in the early 2000’s that date back from the 14th century.

The Santa Caterina Market, set in an old convent, is renowned for its towering broken-tile ceiling, an aesthetic finishing pioneered by Gaudí.

Touching the sea, with a large maritime port, Barceloneta has always been a humble fishing neighbourhood. Its transformation leading up to the Olympic Games of ’92 turned it into one of the most picturesque areas of the Catalan capital.

The modernity of its bustling beaches with their beach bars blasting out music, the maritime walkway or the monumental Olympic Port all contrast with the old buildings and humble people that have inhabited the area for hundreds of years, making it a highly curious place to meander. 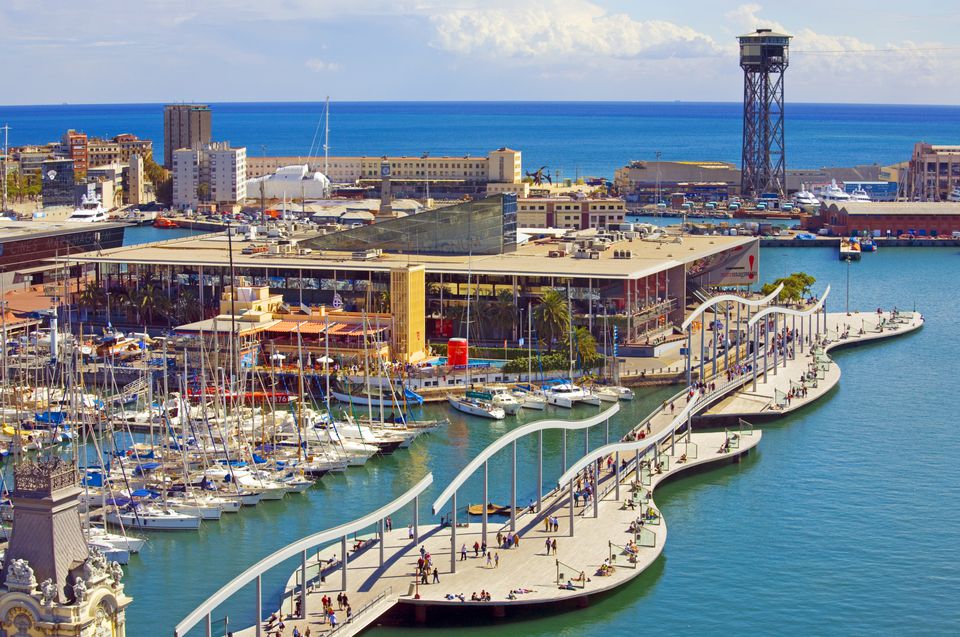 Of its places of interest, the highlights include: the Aquarium of Barcelona, the Hotel Vela, the Marenostrum Tower, the Barceloneta Market (designed in 1884 and remodelled in 2007), the Church of Sant Miquel del Port – built throughout the 18th and 19th centuries – , the Palau del Mar and the Torre del Reloj, in amongst others.

Some of the best and most authentic restaurants in the city can be found in Barceloneta. Unihabit recommends you visit the following restaurants and tapas bars to try the best vermouths and local produce. Here you will undoubtedly end up elapsing into conversation with an array of fellow customers from all around the globe. 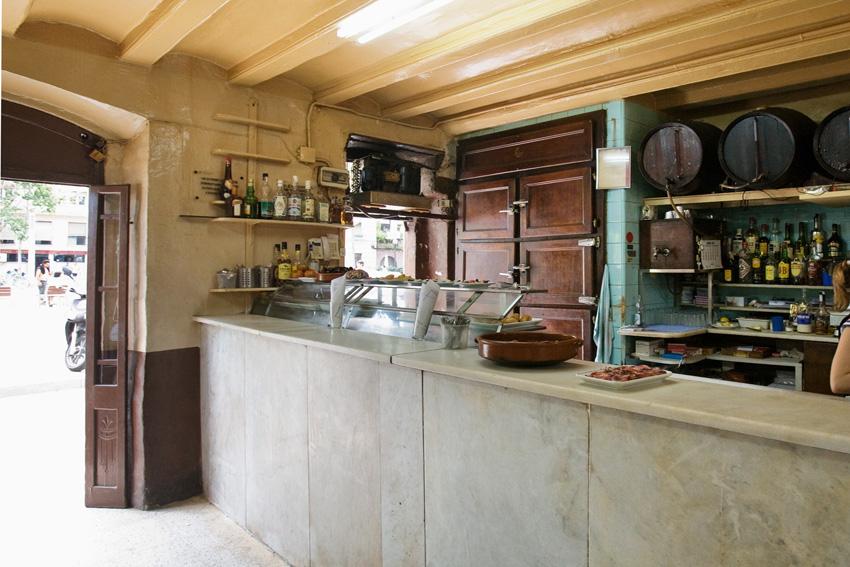 Cova fumada>>If you love fresh fish and a familiar atmosphere, sharing tables and laid-back service, this is your place. One of Barceloneta’s original restaurants where you can savour the fish of the day (straight from the fish market). Obviously, the fruit of the sea varies and so, as dishes are served, the product gradually finishes and starts getting crossed off the menu, which is hand-written on a blackboard and hung on the wall above the bar. You will soon find out that this bar’s bill has a quite a unique format. ;D

If you feel like a quality vermouth and some tapas to charge your energy, we recommend the fresh tuna with salt and mustard served at Bar Bodega Jordi. Delicious with a lovely informal service.

The heart is what most matters. For this reason, we recommend you visit the most authentic places of this district, Ciutat Vella Barcelona, at your own leisure, taking your time and making the most of every little detail.